HAPPY NEW YEAR AND THANK YOU! 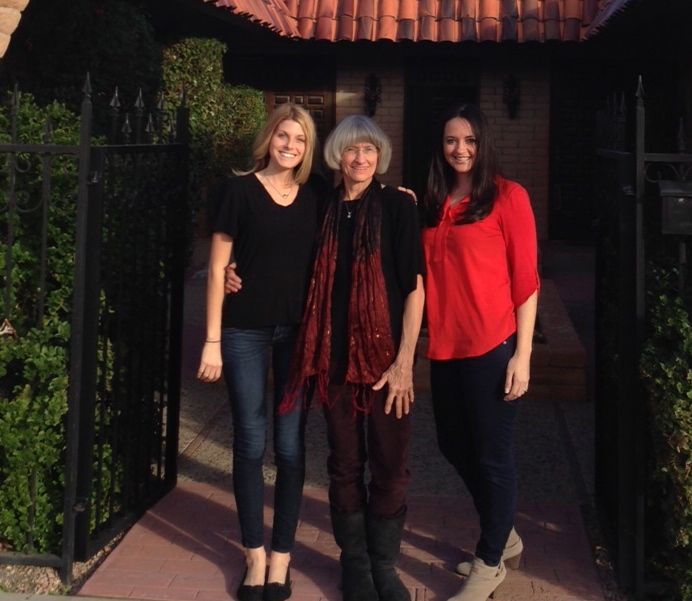 Thank you for allowing us at Caring Nannies to do what we love best:
Serving your family through all life’s seasons

CLOSE ENCOUNTERS OF THE CHOKING KIND–ARE YOU PREPARED? 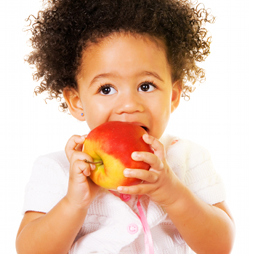 Ashley, our Nanny Recruiter began choking on some taffy candy in the office, and a discussion ensued about our mutual choking experiences. We discovered that just between Jenny and Ashley, seven lives have been saved by performing the Heimlich Maneuver! Ashley used it on her first day on the job as a live-in nanny in England!

Jenny observed a Mom jumping out a car ahead of her while at a street light, running to the back seat, grabbing her baby out of his car seat, flipping him upside down and pounding on his back right in the middle of the road. Watching this scenario made an impact on Jenny. Ashley witnessed a petite wife perform the maneuver in a restaurant on her husband  twice her size. She failed twice, and with no one else coming to her rescue, she desperately slammed his front side into the table edge and he survived.

Jenny was with her son Carter, age one, eating chips in a Mexican restaurant when he began choking. With the picture of the roadside rescue in mind, she immediately flipped him upside down, and performed the Heimlich Maneuver  to dislodge the chip. Another time, she was in a Moms’ group and the mother of a six month old was feeding apple slices to the infant,

who began choking. Jenny gave her step by step direction to perform the procedure, and their teamwork paid off.

Any age child can choke. Jenny was tutoring a third grader who got a chicken nugget caught in his throat. Jenny quickly did the maneuver on him, and the nugget went flying across the room. When Mom arrived home, the boy said, “Mom, Jenny saved my life today!”

Another time, Jenny (who has 13 years of nanny experience) was nannying for a family. She and both parents were in the kitchen and the one year old, strapped in the high chair, began choking. The Dad was pulling off the tray and trying to unlatch the straps, but in his panic, was fumbling. Jenny grabbed the scissors, cut the straps, and did the maneuver, saving he child’s life.

Jenny won’t leave her children with a sitter until they’ve demonstrated the Heimlich Maneuver to her satisfaction. “You can train for it, but I don’t think anything can prepare you for that moment when you have to use it.”

Her own son Carter, age two, climbed onto her bathroom counter and opened a Tylenol bottle and other over the counter medications and she found 50 pills scattered over the floor when she discovered him. They rushed to the ER and kept him there for observation. “I had every inch of my house baby-proofed, but they still got into things,” Jenny shared. 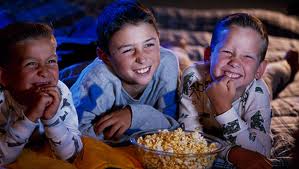 While Jenny was taking a shower, Chase, age two, scooted a stool to the counter, climbed up to the medicine cabinet and open the “child-proof ” cough syrup bottle. They called Poison Control and rushed him to the ER, where they monitored him over the next six hours.

One of the boys sprayed a poisonous cleaning substance into his face after breaking the child-proof latch on the cabinet below the kitchen sink. “I love those babies, but that age from 18 months to age three, is really challenging,” Jenny groaned!

Consider these facts and cautions: 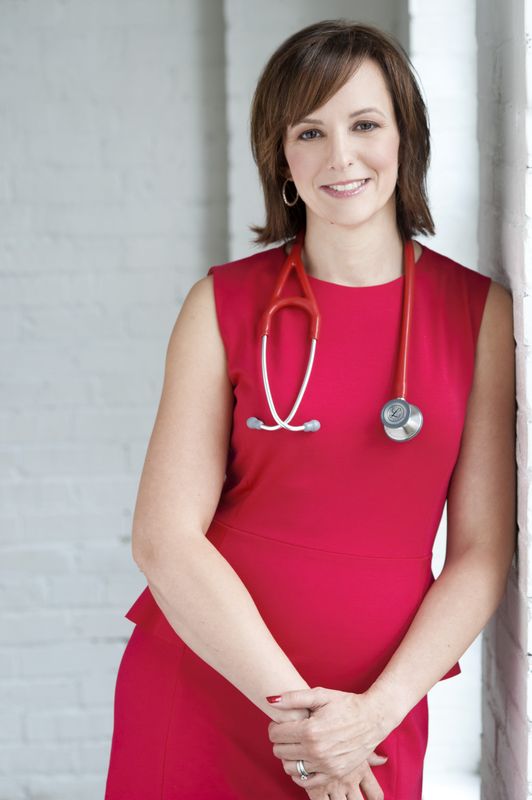 Announcing INA’s Fall
2013 Virtual Learning SeriesWith
Doctor G, Deborah Gilboa, M.D. “3 R’s of Parenting; Respect, Resilience, Responsibility in Children, Charges, and Employees”
We’ve met her at the INA Annual Conference, and now Parenting Expert and board certified family physician Deborah Gilboa, M.D., aka “Doctor G,” has teamed with the INA to present INA’s Fall 2013 Virtual Learning Series based around her 3’R’s of parenting;: Respect, Responsibility and Resilience.
“We live in a busy world. Parents and caregivers rarely get to hit the pause button and learn new skills and information on age appropriate topics. The key to raising kids who can launch successfully, lies in character building,” says Doctor G. “These webinars are intended to further empower parents and care givers. My goal is to validate and appreciate the difference that they make in their kids’ lives through intentional parenting. When parents are effective, kids get healthier!”
Each 90-minute stand-alone webinar focuses on a character trait, rational and real life age specific application of the 3R’s. This webinars series can be experienced individually or as a package. Participants are invited to join one, two, or all three webinars. The three webinars are open to the public as well as INA members. Members may register free of charge by logging into their nanny.org account and completing the form on the “My Home” page. Non-members may participate by either purchasing individual webinar sessions or a package of all three sessions through the INA e-store www.nanny.org/estore-webinars , or by joining the INA.

Webinar dates and topics:
Webinar One: Teach Respect September 15, 2013 Time: 9pm EST/6pm PST
Teach Respect. It’s not what you say, but how you say it! Back to school means back to basics with character building skills. Kids and adults both need help to interact respectfully. Doctor G gives concrete tips and tools to teach respectful behavior, towards others and oneself!

Webinar Two: Resilience October 20, 2013 Time: 9pm EST/6pm PST
Teach Resilience. Life flows better when we have the tools we need to handle the tough stuff. Setbacks and challenges will arise and Doctor G explains how to lay the groundwork for resilience, while managing obstacles when they occur.http://www.youtube.com/watch?v=mqSHY5kD7sI·

Webinar Three: Responsibility November10, 2013 Time: 9pm EST/6pm PST
Teach Responsibility. A good work ethic can be the difference between surviving and thriving. Doctor G shares activities and tips to pass on a responsible attitude to charges, employees, and loved ones! http://www.youtube.com/watch?v=uzSw5kXwGOE

Doctor G empowers parents to increase their knowledge and activate their existing parenting instincts. Sometimes, these skills get dampened by stress, doubt and guilt with the pace and volume of everyday activities. “We all want to raise kids to be people that we respect and admire,” says Doctor G. 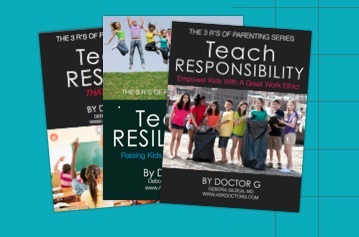 Doctor G is the author of three “little books,” and her upcoming book will be published during Fall 2014 by Demos Publishing. She offers workshops, seminars, virtual events, and more to meet the needs of parents worldwide who reach out with their parenting concerns and questions. A board certified family physician, she is the creator and author of askdoctorg.com, an online resource for parents. Doctor G is a regular contributor to Pittsburgh Today Live, PBS’ iQ Smartparent, and numerous print and on-line publications including Huffington Post and Parents.com. www.askdoctorg.com.

[youtube]http://www.youtube.com/watch?v=kxSXAECbV64[/youtube]
The leading cause of death for children four and under after birth defects is accidents. After auto accidents, drowning is the leading cause of death for young children.Being at the pool or the beach in the summer sun is definitely fun, but it comes with some risks. We’ve made it through half of the summer and there have been several toddler pool-related deaths already.
Here are 7 key safety tips to take into the last weeks of summer.
1. Like the amazing 16 month toddler in the video, teach your children water safety as early as possible.  Some gyms have indoor pools and teach lessons year round.
2. Take a CPR class.
3. The main cause of adult distraction is needing to run into the house for food, sunscreen, a towel, answer the phone or door. Always insist that the child come out of the pool and take them with you into the house.
4. Assign one person to be the lifeguard, who has no phone or magazine, and is preferably in the pool with the child. In 46 percent of drownings, a child was under supervision of both parents.
5. Don’t depend on floaties. They give a false sense of security, but can pop or slip off. Use them sparingly.
6. Clean up all floating toys every time you’re done swimming and do not use chlorine floating dispensers that look like toys. Children are attracted to them.
7. Emphasize pool risks to the babysitter and remind her of the need for continual watchfulness