Baby Cries at 2 A.M.? No Need to Get Up New York Times 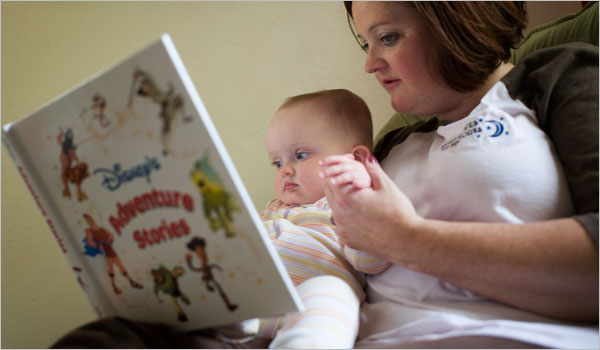 SLOGGING through endless nights with a newborn baby has long been a parenting rite of passage. But for some dual-income parents, the arrival of the night nanny is making those 2 a.m. interruptions a thing of the past.
Demand for overnight nannies — also known as newborn specialists — has been growing, especially in the last five years and largely in major metropolitan areas, said Wendy Sachs, the co-president of the International Nanny Association and the founder of the Philadelphia Nanny Network. “People have moved away from the places they grew up, and they don’t have family down the street to help them out,” she said.The trend reflects changing attitudes about child care. Parents no longer see outside child care “as bad for kids or neglectful on their part — child care is seen as a necessity, not a luxury,” said Christine Carter, a sociologist who directs the Greater Good Science Center, an interdisciplinary research center at the University of California, Berkeley. “If it is good during the day, why wouldn’t it also be helpful at night?”Night nannies have evolved from an aristocratic tradition that goes back generations: the baby nurse. These were

nurses hired by wealthy families to provide round-the-clock care of infants.The more recent demand for night nannies began with care of twins and triplets, but in the last several years parents of single babies have also been seeking overnight help.
Beth Weise, founder of Caring Nannies in Scottsdale, Ariz., said her business, which opened in 1983, once served only families with multiple births or babies with health problems. Now the clients are split 50/50 between multiple and single births. The same is true for the work of Tracy Seveney, a night nanny and founder of Nocturnal Nannies in Ashland, Mass.
Agencies like hers and Ms. Weise’s have recently begun expanding the night nanny’s role to meet their clients’ needs — offering infant sleep training and parent counseling. The bulk of Nocturnal Nannies’ clients are dual-career, professional families, Ms. Seveney said, and revenue has been increasing 25 percent a year.
Anie Roche of Los Altos, Calif., hired a night nanny through Craigslist last November after she had her second child. Both Ms. Roche and her husband have high-pressure jobs: he is an executive at a semiconductor company in Silicon Valley and she is a partner at a law firm in Palo Alto.
Their nanny works from 10 p.m. until 6 a.m. six nights a week. “She swaddles the baby and sings to him and that’s the whole point for us — she has a lot more energy and patience at that point in the day than my husband or I do,” Ms. Roche said. “We are wiped out.”
Night nannies are often treated like heroes, said Barbara Kline, president of White House Nannies in Bethesda, Md. “Suddenly you have a six-pound bundle of chaos, an incredible amount of upheaval in the household, and in swoops this person who can calm the baby and get them to eat and sleep,” she said.
As might be expected, help doesn’t come cheap. A week’s worth of night-nanny services can cost well over a thousand dollars, with nannies earning about $15 to $40 an hour, depending on their experience, the number of babies and the babies’ health. Ms. Seveney says overnight nannies usually spend 6 to 10 weeks with a family with one newborn, and anywhere from two to four months for twins.
Night nannies either work on their own — like Ms. Roche’s — or through agencies that find assignments for them. The bulk of agencies charge clients a one-time placement fee, but some charge a flat rate for each night. Agencies generally require nannies to have several years of experience with newborns that are not their own children, and most require training in infant and child cardiopulmonary resuscitation.
Jena Riley, a night nanny and owner of Night Nannies for Newborns in Denver, said most of her nannies are “moms in their 30s and 40s whose husbands were home at night.” That works well for her clients, often in their 30s and 40s, too, who have lots of questions, she said, but may not feel comfortable taking advice from a 20-year-old.
WHAT can make the job tough isn’t the baby but the parents, said Jessica Muzio, 30, a night nanny with Nocturnal Nannies. Ms. Muzio has a degree in psychology and once worked with autistic children. She is pursuing a nursing degree during the day.
“Babies are babies and I’m at the point now where I can almost always soothe them,” she said. “What makes the job good or bad is the rest of the family.” Parents are usually asked to keep track of their baby’s daytime routine in order to help the nanny troubleshoot at night, but many parents don’t.
And the atmosphere in a home is potentially uncomfortable, Ms. Riley said, if the new baby is causing friction between parents trying to adjust to the change.
It can also be isolating to work alone from 9:30 at night until 6:30 in the morning. “That’s the worst thing about the job,” Ms. Muzio said.
Making a steady living is sometimes a challenge because an assignment is generally short term, and there may be a gap before the next one.
Still, Ms. Muzio relishes the work. “It’s a great job for me,” she said, “because I love babies.”